Part of the IOC requirements state that I have to show governmental support. I will also have to show the locals supported the bid. 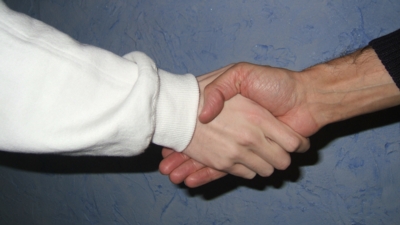 Someone is backing the bid


Firstly we will look at the governmental support. First to support the bid was Member of Parliament for East Dunbartonshire, an area which includes Milngavie:
"I love Marc's idea of bringing the Olympics coming to Milngavie. The people of Milngavie would certainly be ready to give a warm welcome (and a nice cup of tea) to all the competitors!
On a serious note, this is a good way of drawing attention to local sport. As Marc has shown, there are a lot of good facilities in Milngavie, as well as a lot of promising young athletes. The next big event on many of their horizons will be the Commonwealth Games in Glasgow. We need to make sure that enough resources are put into training and facilities to make them winners in 2014."

The next to support the bid was VisitScotand, the national tourist board:
"With Scotland's credentials as a host for major international sporting events at an all time high after securing the 2014 Commonwealth Games, this latest bid presents an unprecedented opportunity to transform the numbers of people around the world who can correctly pronounce Milngavie."

Des McNulty, Member of the Scottish Parliament for Clydebank and Milngavie also backs the bid:
"This is clearly a well thought out proposal. If London and Bejiing can successfully bid for the games I see no reason why Milngavie can't do the same. I nominate our Local Hero Moir Garrett to carry the Olympic Torch."

Rt Hon Alex Salmond MSP, First Minister of Scotland also added his support:
"This bid shows great creativity and ambition for Scotland, and we will certainly look very seriously indeed at the proposals. There really is no limit to what this nation can achieve!"

The final step is also one that everyone in the world can join in with, by supporting the bid.