Step 10 : Looking at the general infrastructure

Aside from Milngavie's numerous sporting venues, it also has quite a few great non-sporting venues. The first place that comes to mind is Gavin's Mill, which Milngavie is named after. The building seems to be cursed for business, having been an Indian restaurant not too long ago, then a stint as a fancy general food place, now currently a Chinese restaurant and take-away. The other business-cursed place is right in the centre of the village, beside the West Highland Way obelisk. This place has been several off-licenses, a coffee-shop-cum-african-shop, and is currently serving it's time as a Costa. 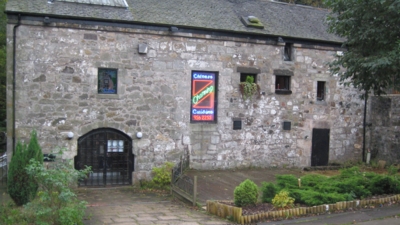 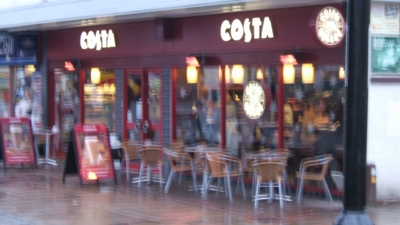 
With the ever increasing threat of international terrorism, Milngavie's terrorist-ready communications tower and underground bunker would be very useful. Not only would everyone be safe in there, but there would be enough room to have some underground events if the worst should happen. 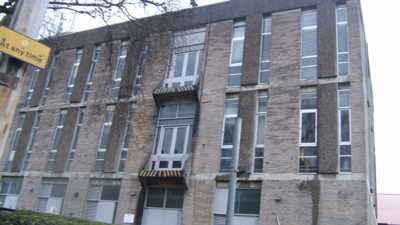 
Apart from the afore-mentioned big clock and big obelisk, Milngavie also has a big war memorial statue in the centre of the village, to commemorate over a hundred men from Milngavie who were killed during the First World War. The statue was inveiled on 17th September 1922, and depicts a woman with a lamp kneeling down. 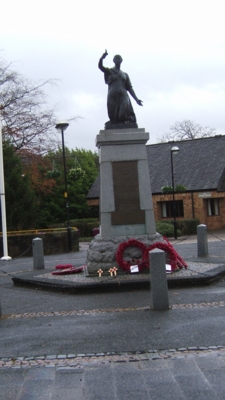 
There is a rather strange natural occurance amongst the trees in the built-up areas in Milngavie, they all seem to have developed numbers. Up and down the street, tiny metal numbered plates have appeared on our leaf based friends 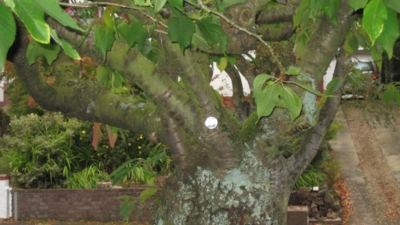