Milngavie has a very rich history in hosting international level events. Earlier this year Milngavie was host to literally lots of French people for a French Market. 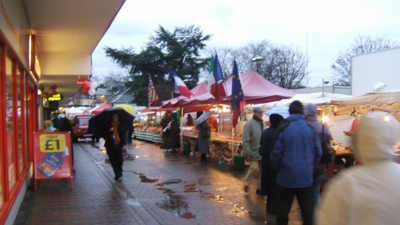 
I didn't actually get to go to the Mugdock International Music Festival, but it sounds very international. This is how I think it would have looked.


Every year Milngavie hosts the event of the summer, the one event that makes the word "Milngavie" synonymous with the words "Paris" and "Milan", Milngavie Week. Milngavie Week is a celebration of all that is Milngavie, and Milngavieness. There are fairs, kids rides, competitions and a gala queen, but that all pales in comparison to the annual highlight, Spot The Error in many of the the shop windows in the village. This years Spot The Error was the easiest yet, the error was they didn't have Milngavie Week. Either that or they had it somewhere else. 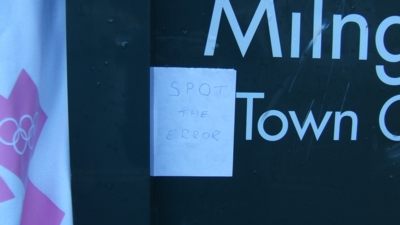 
Incidentally, the only better 'Spot The' game in Milngavie is Spot The Gott (local councillor Eric Gotts) in the local newspaper every week. You have to suspect his job largely consists of shaking hands and getting his photo taken regularly.

Milngavie is also host of a superb international event, the Highland Games. Many traditional events are held at these games, such as the hammer throw, tossing the caber, tug'o'war, wrestling, highland dancing and bagpipe playing. Pipers come from all corners of the earth for the events. There are local bands, and bands from as far away as Paisley and Stirling like. You can always tell Highland Games weekend by the sheer ammount of out-of-town-ers around and by the sound of bagpipes in the air. The Highland Games have been cheiftaned by many celebrities over the years, including thingy off of Big Brother. 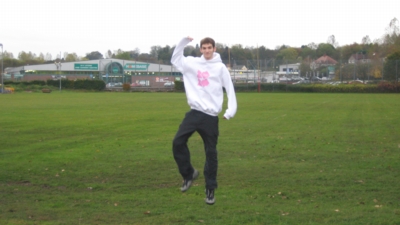