I did a bit of looking around, and discovered all the successful olympic bids have at least two things in common, they all have a logo and a mascot. Despite wearing this logo on my jumper, I resisted the urge to take the easy way out for the official logo.

The good logos tend to consist of the area name and year, the five olympic rings, and some sort of an area-secific design. Milngavie 2020, olympic rings, then something local was needed. Aside from the obvious Gavin's Mill, Milngavie seems to have two main landmarks, 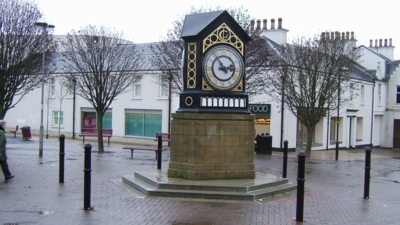 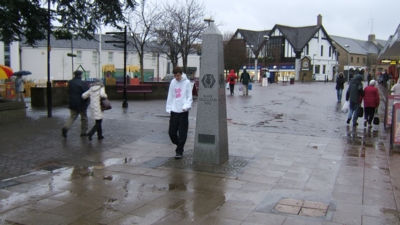 
The big clock, officially known as the Copland And Lye Clock, was given as a gift to Milngavie from the Copland and Lye department store in 1971, and was restored in 1981. The big obelisk is there to signify the start of the West Highland Way long distance footpath. Both local landmarks were used for the official logo.