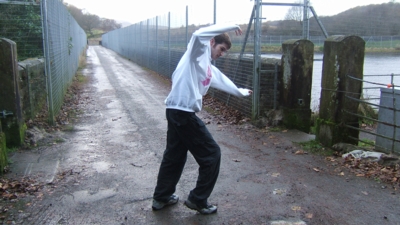 Triathlon : The Waterworks provides the cleanest tap water in all of the world, so it should be safe enough for a quick swimming stint. After that the traithletes would run down to the main street, down to the Allander Sports Centre area, where the proceedings would conclude using the 1km time trial course. Using such an area would make it possible to line the sides of the streets with spectators. The swimming section could be made more interesting with the introduction of armbands.