Rowing would have been part of the olympics since day one, apart from being rained off for the very first olympics. It has been in all olympics since. Rowing, the olympic sport with oars and water, is not to be confused with rowing, the heated debate with pointing fingers and shaking fists. There are many different disciplines in rowing, with number of rowers varying from one to eight, with and without cox, male and female. 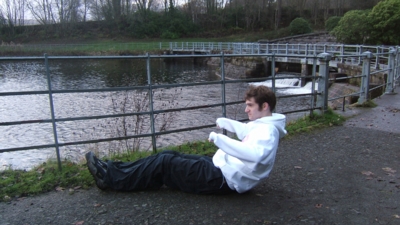 Rowing : Avoiding all urges to make the olympians row digitially on the rowing machines in Esporta, the length of the waterworks would be used. Britain has a good record for rowing, but this isn't likely to continue since the retirement of Sir Steve Of Redgraveness. We can keep our fingers crossed for a local winner, though rowing with crossed fingers can be difficult.